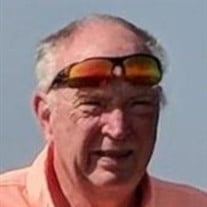 Mr. Thomas W. Yarbrough of Boaz, AL passed away at his home on May 26, 2022. He was surrounded by his family at the time of his death. Mr. Yarbrough was born in 1947, the first child of Mr. and Mrs. James and Clara Yarbrough. He grew up and attended school in Walnut Grove, AL. He was a graduate of Snead State Community College, Jacksonville State University, Montevallo University, and the University of Alabama. He was a long-time educator for the Marshall County School System. He taught at DAR in Grant and was in administration at Asbury, Brindlee Mountain High School, and Douglas High School. Many graduates from DAR from the 1970’s to the 1990’s fondly remember him as their driver’s education teacher. Mr. Yarbrough loved fishing, tennis, running, watching football, and spending time with family. He was the cornerstone of the Yarbrough family. Each year he planned a large family vacation that could include the whole family. He would usually begin planning for the next trip as soon as that one ended. His main concern in life was ensuring that his family was happy. He was a kind and outgoing person. He had a natural way of highlighting the good in others and making other people feel good about themselves. Mr. Yarbrough was diagnosed with pancreatic cancer in April 2020. Due to the COVID pandemic, he went to all his surgeries and cancer treatments alone. He never lost hope. He continued to go fishing and he walked around four miles a day up until the last few months prior to his death. His family believes his positive outlook and desire to maintain physical health enabled him to live longer with this diagnosis. The family would like to express gratitude to Dr. Jonathan Storey and the staff at the Marshall Cancer Care Center. They treated Dad with dignity. He often came home and relayed details of their kindness towards him. Mr. Yarbrough was seventy-four years old at the time of his death. He is preceded in death by his parents, Mr. James Thomas Yarbrough and Mrs. Clara Ramsey Yarbrough. He is survived by his wife of 49 years, Brenda Yarbrough, son, James Yarbrough, daughter, Kristy Smith, grandchildren, Anna Kate Brock, Tommy Smith, and Brodie Yarbrough. He is also survived by his sister Doris Bryant (Kerry) and his brother Jim Yarbrough, and numerous cousins, nieces, and nephews. Mr. Yarbrough stated he didn’t want a funeral or a memorial service. He is being cremated. The family will have a private goodbye at a later date.

Mr. Thomas W. Yarbrough of Boaz, AL passed away at his home on May 26, 2022. He was surrounded by his family at the time of his death. Mr. Yarbrough was born in 1947, the first child of Mr. and Mrs. James and Clara Yarbrough. He grew up... View Obituary & Service Information

The family of Thomas W. Yarbrough created this Life Tributes page to make it easy to share your memories.

Mr. Thomas W. Yarbrough of Boaz, AL passed away at his home on...

Send flowers to the Yarbrough family.