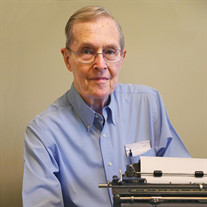 The family of Sam Wells Harvey created this Life Tributes page to make it easy to share your memories.

Sam Harvey, 86
• He was born in Dodge City, Kansas, and experienced...

Send flowers to the Harvey family.