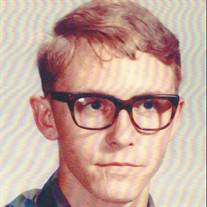 On Wednesday 16 December 2020, Reverend Roger Wayne “Butch” Pierce passed away peacefully at his home on Fry Gap Rd, Guntersville, AL, surrounded by his wife, children, grandchildren, siblings, and close friends. He was 69. Roger was born on August 20, 1951 to George Herman and Thelma McWhorter Pierce in Guntersville, AL. He was the eldest of five children, including two brothers and two sisters. At age 18, he was drafted into the U.S. Army and served in the Vietnam War, being honorably discharged in 1972. While serving in Vietnam, Roger met the love of his life and wife of 48 years, Trong Nguyen. They were married on September 22, 1972 and settled in Guntersville after his military discharge. For most of his career, Roger worked on Guntersville Lake for the Bowater paper company, and subsequently for Guntersville Fab, Ferguson, and Tyson. Roger was well known for his deep love of God as a longtime member and 20-year pastor of Valley View Missionary Baptist Church on Browns Valley Rd, Guntersville. His other interests included Alabama football, tobacco (Winston, Beach Nut, and Bruton), auto repair, fishing, and visiting family and friends. Roger is survived by his wife Trong, four sons (Daniel, Charlie, Van, and James), daughter Kim, sister Delilah, brother Bill, seven grandchildren (Zachary, Corey, Kaleb, Sarah Ann, Gracie, Haven, Bobby Dan, and Benjamin) and one great granddaughter (Willow). He is preceded in death by his parents, brother Bob, and sister Lisa. An initial viewing for Roger will be held at Guntersville Memorial Chapel (1601 Henry St) on Friday 18 December from 6-8 pm, and the final viewing and service will be conducted on Saturday 19 December at Valley View Missionary Baptist Church from 12-2 pm. Burial will be conducted at Diamond Cemetery in Guntersville on Warrenton Rd.

The family of Pastor Roger Wayne "Butch" Pierce created this Life Tributes page to make it easy to share your memories.

Send flowers to the Pierce family.