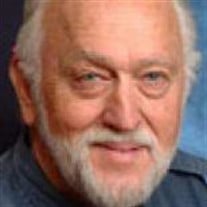 He played football at the University of Alabama, graduating in 1958. • He had a 23-year career in the Army and flew helicopters in Vietnam. • He was a lifelong outdoorsman who hunted all over the world. He founded the Wild Game Cookoff in Guntersville that continues to this day. Robert Thornton Sr. died Wednesday, January 6, 2016. He was 78. He had been in the Albertville Nursing Home for about a year and a half. Visitation will be Wednesday, Jan. 13, at 1:00 at Sanderson Hall at the Church of the Epiphany with a memorial service to follow at 2:00. Guntersville Memorial Chapel is directing. Mr. Thornton grew up in Cherokee County, where he was an All State lineman in football. That led him to play at the University of Alabama. He went in the Army after college and did a tour in Korea and 2 tours in Vietnam. After retiring from the military as a lieutenant colonel, he came to Guntersville and got in the real estate business with Tom Mosley, one of his former teammates at the University of Alabama. In 1985, Mr. Thornton founded his own company, Thornton Properties, specializing in rentals. His sons Mark and Lief run the business today. He was elected president of the Marshall County Board of Realtors in 1994. His passion for the outdoors and wildlife led him to become active in the Alabama Wildlife Federation (AWF) and he served as president of that organization in 2001-02. He hunted all over the world and once killed a buffalo out west. The mounted head in his office was a great conversation starter. Although he’d hunted many species of games in lots of places, hunting wild turkeys in Alabama was his favorite. He started the AWF’s Wild Game Cookoff in Guntersville 18 years ago. It continues to this day under the leadership of his sons. Mr. Thornton enjoyed cooking in the Wild Game Cookoff as well as organizing it. His “Coconut Fried Turkey” took first place in the local cookoff one year, qualifying him for the state competition where he placed 3rd. He is survived by 2 sons, Mark Thornton and Lief Thornton; 2 daughters, Jan Thornton and Charlotte Thornton, and several grandchildren. He was preceded in death by 2 sons, Robbie and Scott. Robbie is the local soldier who was killed in action while serving with the Army in Iraq.

He played football at the University of Alabama, graduating in 1958. &#8226; He had a 23-year career in the Army and flew helicopters in Vietnam. &#8226; He was a lifelong outdoorsman who hunted all over the world. He founded the Wild Game... View Obituary & Service Information

The family of Mr Robert Cecil Thornton created this Life Tributes page to make it easy to share your memories.

He played football at the University of Alabama, graduating in...

Send flowers to the Thornton family.