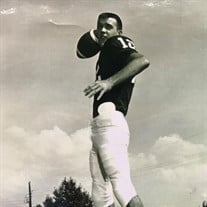 Raymond David Weaver, age 73 of Guntersville, Alabama, died unexpectedly Friday, October 9, 2020. Born March 14, 1947, as the youngest of seven children, he grew up in the East Lake neighborhood. He graduated from Marshall County High School, where he was an outstanding football player, earning many county, area, and state awards. He studied at Auburn University for one year before serving three years in the U.S. Army, including one year in Vietnam. He then attended the University of North Alabama in Florence, where he played on the football team, was a recruiting coach, and graduated in 1975. While he loved playing football, his passion was coaching and helping players and students. After one season as assistant coach at Shelby County High School in Columbiana, Coach Weaver and his family moved to Collinsville, Alabama, where he taught and coached football, baseball and girls basketball at Collinsville High School. As head football coach from 1976 to 1995, he was twice selected to be head coach of the North team for the Alabama High School All-Star Game (in which he had played in 1966). He next taught and coached at Geraldine High School from 1995 to 1999. After retiring from education, Raymond and his wife, Peggy, returned to the Guntersville area in 2000, where they attended Guntersville First United Methodist Church and he continued a construction business. He enjoyed vigorous discussion of football and current events with friends and family, in person and on the phone. He was kind-hearted, compassionate, and generous in helping others. Coach Weaver stayed connected to high school athletics as a color commentator for several seasons with the legendary Bill Yancy, his friend of almost 60 years, broadcasting GHS games and leading an after-game scoreboard program on station WTWX. In 2002 Raymond was honored to be inducted into the charter class of the Marshall County Sports Hall of Fame, later serving on its board. He also served on the Collinsville Public Library board and on the Marshall County Tax Equalization Board. Raymond loved his family deeply and is survived by his wife, Peggy Coplin Weaver, daughter Mary Lyn LaRussa (David) of Birmingham, son Dodd Weaver of Guntersville, daughter Susan Morgan (John) of Americus, Georgia, grandchildren, Coplin, Mary Beck, and Luke Weaver of Guntersville, Addison Walker of, Helena, sister-in-law Katy Glidewell (Jim) of Greenville SC, sister-in-law Carolyn Adams, (David) of Orange Beach, and many loved nieces, nephews, and extended family. He was preceded in death by his parents, Grover and Ethel Weaver, brothers, G.C., Frank, and Ernest Weaver, sisters Marie Elder, Edna Weaver, and Betty Alldredge Upton. Though no public visitation or memorial service will happen at this time, the family would treasure your memories and stories of Raymond. Guntersville Memorial Chapel is assisting the family, and you can share your video, audio, and written messages at their website: https://www.guntersvillememorialchapel.com/obituaries/Raymond-Weaver-5/ In his memory, contributions may be made to: • The Collinsville Historical Association, PO Box 849, Collinsville AL 35961 • Guntersville First United Methodist Church: https://www.gfumc.net/give/ or 539 Gunter Ave, Guntersville AL 35976

The family of Raymond David Weaver created this Life Tributes page to make it easy to share your memories.

Send flowers to the Weaver family.