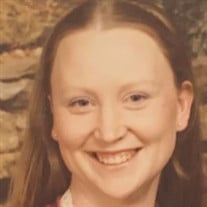 Mildred “Abbie” Bowden Jackson, 66, departed this life peacefully in the early morning hours at Marshall Medical Center North on March 10, 2021. She is predeceased in death by her parents, JK and Mildred Bowden; 2 brothers, Wayne Bowden and Bobby Joe Bowden; and 2 sisters, Shirley Barber and Dorothy Jones. She is survived by a son, BJ (Chasity) Jackson; a daughter, Amy (Doug) Pelzer; and four grandchildren, Brody Stubblefield, Lainey Stubblefield, Audrey Jackson and Olivia Pelzer; Brother; James (Lucy) Bowden a host of nieces and nephews; and the Jackson Family whom she held dearly. Ms. Jackson graduated from Guntersville High School in the early seventies, and worked at Arrow shirt plant for several years before becoming Manager at the DAR Lunchroom. Ms. Jackson enjoyed crafting, shopping, and spending time with her family prior to having a stroke in 2004. In her later years, she enjoyed spending as much time as possible with her grandchildren. For the last three years, she has resided at Barfield Health Care where she became President of the Resident Council and treasured all of the employees who played a role in her care. Services were held March 12, 2021 at Guntersville Memorial with Pastor Joel Samuels officiating, and burial at Henryville Cemetery. Pallbearers were Cody Bowden, Tommy Chandler, BJ Jackson, Doug Pelzer, Perry Stapler and Brody Stubblefield. The family would like to thank all who have offered their thoughts, prayers and kind gestures during this difficult time.

The family of Mildred Abigail Jackson created this Life Tributes page to make it easy to share your memories.

Send flowers to the Jackson family.