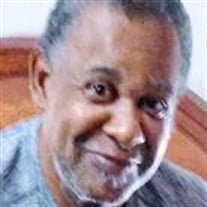 On the morning of March 25, 2019, Kim Williamson, age 62, went to be with the Lord. Kim was born to Roosevelt and Katherine Williamson on March 19, 1957. Kim graduated from Guntersville High School in 1975 where he received a scholarship to play basketball at Calhoun Community College receiving an associates degree in health and physical education in 1978. He went on from there to continue his college career at Colorado State University and pursue his bachelor's degree in social work. On January 14, 1979, Kim married Carol Wallace and together they had eleven children and one child from a previous marriage, Eric Williamson, Brandy Williamson, Jessica Williamson, Courtney Williamson, Kimberly Williamson, Miranda Williamson, Lorenzo Williamson (Heather), Alonzo Williamson (Haley), Marcus Williamson, Katelyn Morgan (Jacob), Mary Katherine Williamson and Jacob Williamson. Kim believed in having a strong family structure and he was passionate about the Bible and its teachings. Kim and Carol together had 41 grandchildren. Kim was a very a humble man and a "gentle giant" is how some described him. He impacted many lives both you and old. He always had a way with words that would leave you fulfilled. He was also known by his family for his sense of humor, especially in times when laughter was needed the most. He always ended each conversation with his famous words, "Pray about it, He listens." Kim was proceeded in death by his mother and father, Roosevelt and Katherine Williamson; 2 daughters, Jessica and Miranda Williamson; brother, Benjamin Williamson; and two grandchildren Lilaine Hampton and Julyan Morgan. A public memorial service will be held at 2:00 PM on Saturday, March 30, 2019 at the Town Hall, Guntersville, Alabama. He is survived by his wife, Carol Williamson; 5 daughter, Brandy, Courtney, Kimberly, Katelyn and Mary; 5 sons, Eric, Lorenzo, Alonzo, Marcus and Jacob; In-laws, Gary and Katie Wallace; brothers, Andre Williamson, Wayne Horton, Mike Horton and Stanley Howell; sister, Beverly Collier; a very special friend and brother, John Hampton (Christina) and a host of nieces and nephews.

On the morning of March 25, 2019, Kim Williamson, age 62, went to be with the Lord. Kim was born to Roosevelt and Katherine Williamson on March 19, 1957. Kim graduated from Guntersville High School in 1975 where he received a scholarship to... View Obituary & Service Information

The family of Mr. Kim Conway Williamson created this Life Tributes page to make it easy to share your memories.

Send flowers to the Williamson family.