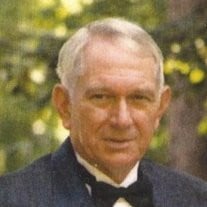 Kenneth Lyle Waldrop, 79, an active participant in the Honeycomb Valley community and church functions for more than 50 years entered into the presence of his Lord and Savior Jesus Christ on February 13, at Huntsville Hospital. Mr. Waldrop, born July 10, 1933, in Union Grove, graduated from Arab High School in 1951. A three letter athlete of the Arabian Knights. Mr. Waldrop played baseball, basketball and football. He briefly played football for Jacksonville State University. Mr.Waldrop served 2 years in the Army during the Korean War, stationed primarily in England. Upon completing his military duty, he worked for NASA, where he completed machinist training. He met his wife, Sue McCafferty, at the Arsenal, and they married in October 1958. Mr. And Mrs. Waldrop built their house in Honeycomb Valley in 1961 and built the Honeycomb Valley Grocery/Exxon station in 1967. He owned and operated the K&K Machine shop in the basement of the grocery store from 1969 to 1991. Mr. Waldrop had a deep love for his church family at Honeycomb Valley Baptist Church. He was a founding member of the church and spent many hours helping build the sanctuary and classrooms. He sang in the choir, and was also active in the Honeycomb Valley Community Watch. His favorite pastime was designing “piddling” (as he often said) in his woodworking shop. He spent many hours building swings, picnic tables, furniture for his grandkids, and birdhouses with both (Alabama and Auburn designs) even though he was a BAMA fan. Mr. Waldrop is survived by his wife, Sue Waldrop; one son, Kevin Waldrop (Heather) of Trussville, 2 daughters, Kendra Newton (Joey) of Montgomery and Keria Burkhalter (Todd) of Coaling, AL. 6 grandchildren, Taylor Newton, Kaylee Newton, Katelyn Burkhalter, Zoe Waldrop, Audrey Burkhalter and Keelani Waldrop.

Kenneth Lyle Waldrop, 79, an active participant in the Honeycomb Valley community and church functions for more than 50 years entered into the presence of his Lord and Savior Jesus Christ on February 13, at Huntsville Hospital. Mr. Waldrop,... View Obituary & Service Information

The family of Kenneth L. Waldrop created this Life Tributes page to make it easy to share your memories.

Kenneth Lyle Waldrop, 79, an active participant in the Honeycomb...

Send flowers to the Waldrop family.