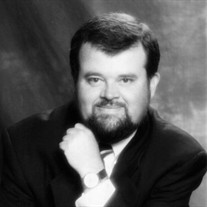 Keith Cameron Conner Keith Cameron Conner died peacefully on November 25, 2019 in a hospital in Birmingham, AL at the age of 59. He fought a courageous and valiant battle with Multiple Sclerosis for over 20 years. Keith is survived by several cousins and his extended pharmacy family. He has been under the care of Virginia Jackson, his friend, caregiver and personal assistant for over 15 years. His was attended by caregivers Johnny Ward and Henry Ward for many years as well. He was preceded in death by his beloved family: mother Virginia Cameron Conner, his father Randolph (Randy) Conner, his paternal grandparents A.B. and Jessie Randolph Conner, maternal grandparents Clyde and Ruth Cameron, and his friend and caregiver Donald Bruce Jackson. Keith was born on April 16, 1960 in Guntersville AL. He graduated from Guntersville High School in 1978 and received his Bachelor of Pharmacy from Auburn University School of Pharmacy in 1983. Keith was a member of the Phi Delta Chi Pharmacy Fraternity while at Auburn and lived the example of brotherhood and developed lifelong friends. After graduation he moved to Birmingham to begin his pharmacy career. He began working for Big B Pharmacy and shortly thereafter joined Beverly Enterprises as a Consultant Pharmacist for Long Term Care facilities in the state. Later Keith joined The Pharmacy of Livingston, AL and a developing home infusion company, Vital Care, Inc. His last career move was to join in partnership with Ralph Sorrell at Ritch’s Pharmacy Vital Care (the first franchise of Vital Care Inc.) where he served as President and Ritch’s Pharmacy of Mountain Brook where he served as Vice President. Keith never missed an opportunity for an adventure in his beloved profession. He also joined his close friend Dan McConaghy in the formation of Conner & McConaghy Vital Care, Inc. of Satsuma, AL. A testimony to Keith’s friendships and bonds is best shown in Dan and Nancy naming their son Conner. Keith was a career long member of the Alabama Pharmacy Association, serving as President of the APA from 1996 to 1997 . He also was an active member in the National Community Pharmacy Association, Jefferson County Pharmacists association, and was a shareholder in the American Pharmacy Cooperative. A champion for pharmacy, Keith was the recipient of several honors, including Distinguished Young Pharmacist Award, J. Wayne Staggs Distinguished Service Award, and the Mitchell C. Rothholz Presidents Award. Keith was an accomplished golfer and hunter. He was a generous individual who loved Auburn University, especially Auburn football. Travel to Auburn games [in particular championships] and pharmacy meetings were always on Keith’s agenda. With the help of Virginia, Bruce, Johnny and Henry, Keith was an active traveler enjoying many excursions until the end despite the limitations on his body set by MS. Some of his travels included Australia, Key West, California, Alaska, Hawaii, Vegas, cruises and many more. His travel may have been extensive, but Keith was always up for a trip home to his beloved Guntersville and a Wildcat Reunion. Arrangements are as follows: Sunday December 1, 2019, funeral service at 3:00pm Guntersville Memorial Funeral Home with visitation starting 1 hour before service. Dr. William Timothy Alexander will officiate. Pallbearers will be Johnny Ward, Henry Ward, Anna Thompson, Julie Smith, Allen Sorrell, Conner McConaghy, Ralph Sorrell, and Dan McConaghy. All are welcome to attend the burial service at Crestview Cemetery. Celebration of Keith’s life will be held at The Venue located at 14114 U.S. HWY 431, Guntersville, AL 35976.

Keith Cameron Conner Keith Cameron Conner died peacefully on November 25, 2019 in a hospital in Birmingham, AL at the age of 59. He fought a courageous and valiant battle with Multiple Sclerosis for over 20 years. Keith is survived by several... View Obituary & Service Information

The family of Keith Cameron Conner created this Life Tributes page to make it easy to share your memories.

Send flowers to the Conner family.