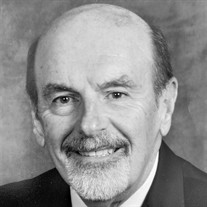 John J. Federico, Jr., age 74, passed away November 29, 2020 in Huntsville Hospital. He was born in Jersey City, NJ, to John and Louise (Ferrante) Federico. He was a resident of Buck Island for 27 years. John served his country proudly in the U.S. Army for 28 years, including tours in Korea, Greece, and Germany. He retired in 1994 as Chief Warrant Officer 4. Along with many other commendations, he was awarded the Meritorious Service Medal, the Legion of Merit, and the Bronze Meritorious Cross of the Bundeswehr by the German Army. After retirement, he kept in touch with many that he served with and remained interested in all things military. Always busy, he continued working in various positions including serving for several years on staff at Guntersville First United Methodist Church (GFUMC). Besides his love for God, family, and country, his love of music connected him to many groups that he performed with from an early age, playing keyboard, bass guitar and guitar. Many remember his participation in The Whole Backstage productions featuring music from the 60’s and 70’s as well as performances at various venues with Lake City Jazz. He fulfilled a calling to serve God and his church as a long-standing member of the GFUMC Praise Team. John is survived by his wife of 39 years, Pat; his daughter Louise Bicksler and son-in-law Mark of Endwell, NY; daughter Tina Doncell and son-in-law Eddie of Bayonne, NJ; son John Federico, III and daughter-in-law Sara of Beachwood, NJ; and son Derek Branam and daughter-in-law Alexis of Charleston, SC; seven grandchildren and one great-grandchild. He is also survived by his sister Doreen Sinkevich and brother-in-law, Robert of Belleville, NJ; brother and sister-in-law Jerry and Reba Cofield of Albertville; brother and sister-in-law Mike and Olivia Cofield of Wedowee, AL; and by several nieces, nephews, and many dear friends. He was predeceased by his parents and his sister, Carol Chicuto. A private graveside service with military honors was held on Friday, Dec 4th, at Alabama National Cemetery, Montevallo, AL. A memorial service at GFUMC will be held at a later date. The family was assisted by Guntersville Memorial Chapel. Memorials may be made to Guntersville First United Methodist Church or to the Leukemia & Lymphoma Society.

John J. Federico, Jr., age 74, passed away November 29, 2020 in Huntsville Hospital. He was born in Jersey City, NJ, to John and Louise (Ferrante) Federico. He was a resident of Buck Island for 27 years. John served his country proudly in... View Obituary & Service Information

The family of John James Federico Jr. created this Life Tributes page to make it easy to share your memories.

Send flowers to the Federico family.