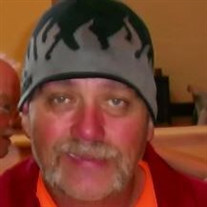 Anthony Ray Christian 49 of Guntersville passed away Thursday July 10, 2014 in Johnson City TN. Anthony loved to ride his motorcycle, hunting and especially playing his guitar and singing and loved being around his family and friends. He is... View Obituary & Service Information

The family of Anthony Dale Christian created this Life Tributes page to make it easy to share your memories.

Send flowers to the Christian family.